A trip to Chennai is never complete without visiting The Marina Beach Chennai, where the large expanse of sandy seashores meets the vast ocean blue waters of The Bay Of Bengal. The horizon; where the clear sky meets the deep blue sea, is dotted by ships waiting to dock. The long coastline is studded with monuments and stone statues of regional and national legendary figures. These statues (Labour Statue, Mahatma Gandhi Statue, Kannagi Statue) also serve as landmarks for tourists who travel to the areas around them. The Madras Lighthouse stands prominently in red and white, on the seaside welcoming the visitors from both land and sea. It is a modern lighthouse equipped with an elevator and solar panels for power. It also is the only lighthouse in India that is within city limits.
Mornings at the Marina Beach are picturesque, with the sea glistening in the golden rays of the rising sun. The seashore is calm and peaceful, with no traffic to drown out the sound of the splashing waves. Joggers and people walking their dogs can be seen on the inner road that features the parking lot of the beach. Youngsters can be seen playing sports like cricket and throw ball and some of them play fetch with their pet dogs on the grainy sands. Further down the shore; the fishing boats that had gone out the previous night, come in with the fresh catch of fish to sell at the morning market. Another set of boats head into the sea immediately and they would return just in time to sell their catch at the evening fish market.
Families along with children, groups of friends, and couples are usually seen in the afternoon when the intensity of the heat is low. Peddlers come around selling chickpeas, playthings and even telling fortunes using parrots. There is also a short horse ride for children along the wavy coastline and carousel rides too. Children also enjoy playing in the waves and building sandcastles.
The sunset at Marina is a gorgeous sight as the beach is bathed in the fiery colours of the setting sun. In the evenings there are stalls selling chilly, onion and potato Bhajji (fritters) and ice cream carts. The swivelling light from the lighthouse is prominently visible at this time.
Apart from being noted as the world’s second longest beach, it has also witnessed incidents like the 2004 Indian Ocean Tsunami and 2017 pro-Jallikattu protests. It is also the venue for festivals and events like Vinayaka Chathurthi, Independence day and marathons.

I like visiting the Marina Beach in the late afternoons with my friends when the sun is merciful. I enjoy the cool and salty sea breeze while walking barefoot on the coarse golden sand. Bathing and swimming are banned due to strong undercurrents but we can never get tired of standing on the coastline as the sweeping waves crash into us. 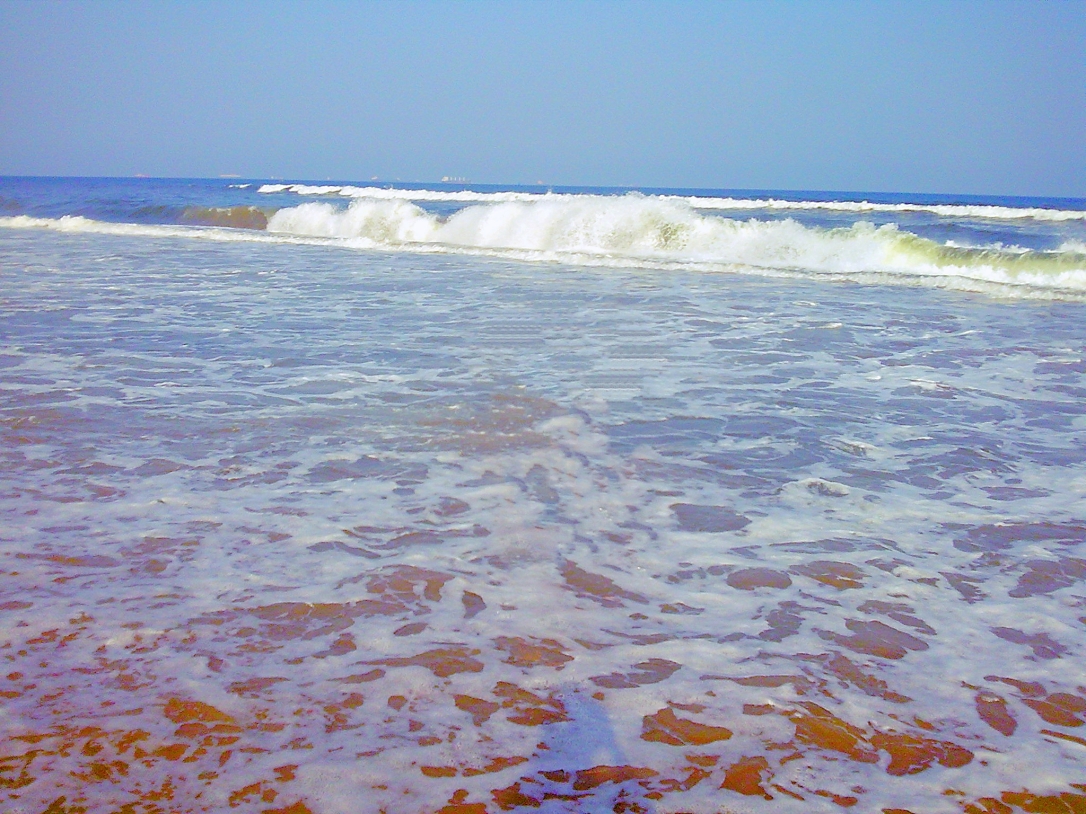 They say that the sea has a mind of its own. The local fisherfolk worship the sea as a goddess. It is a belief that the sea understands what we say and in order to test the theory, my friend decided to tease the sea. The sea was very calm that day and the waves reached a height of only two feet. She taunted the sea by calling out to it and asking challenging it to create bigger waves. She even started booing and then she was rewarded with a five-foot-tall wave that drenched all of us pushing us to the ground.Surprisingly, after that wave, the sea went back to its calm state with low waves. Since then, my friend is tight-lipped whenever we are in the water. We also collect seashells that are scattered on the seashore as keepsakes for every visit. We go back home after watching the sunset and having some ice cream.—-
Marina Beach is a fun place to hang out, take pictures and enjoy. It makes us forget the scorching heat of Chennai with its cool breeze, caramel sands, beautiful wavy coastline and bubbling waves. So gather your friends, grab your sunblock and come on…the sea is calling!

Published by The Writers Room

View all posts by The Writers Room